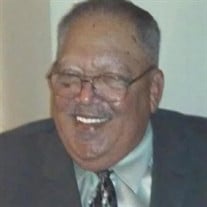 Melvin Radden, 82, of Chattanooga, passed away Sunday, February 27, 2022, in a local hospital. He was born March 13, 1939, to Verna and Dewey Radden in Brooklyn, New York. He was Educated at Booker T. Washington High School in Chattanooga, Tennessee. He graduated from John Jay College of Criminal Justice and CW Post University in New York where he obtained his master's in Criminal Justice. He worked as a New York City Correction Officer until his retirement in the 1980s. He later worked with Manpower in Salisbury, NC, followed by several managerial assignments in Tennessee, North Carolina, and Virginia with the Food Lion Grocery chain where he retired. His last position with the Chattanooga Public Golf Range was not a job, but an opportunity to spend time in an environment that he enjoyed. He became wheelchair-bound in 2016. He remained resilient and determined that one day he would walk again. He was a dedicated member of the Mason Lodge St. John 99. Melvin stayed active with his card group and golf team to keep busy throughout the day. Melvin was preceded in death by his loving wife; Virginia Corpening-Radden, as well as Barbara Jones and Janet Winfield; his sister, Betty Roberson; his mother, Verna Radden; and his father, Dewey Radden Sr. He leaves to cherish his fondest memories: his children, Sandra (Kenneth) Stargell of Atlanta GA, Myra Radden of New York, Lisa Radden of Atlanta, GA, Dwaine (Melinda) Radden, Sr. of California and Willie Radden (Angela Hamilton) of Florida; siblings, Evelyn Talley and Dewey (Darnetta) Radden, Jr., both of Chattanooga, TN; 10 grandchildren; 3 great-grandchildren; and a host of cousins, nieces, nephews, and friends.. Dr. Bobby Hampton will be the eulogist. Directions to Live Stream: 1. Go to your Facebook Page 2. Type: taylorfuneralhomeofchattanooga 3. Click 'Like' or Thumbs Up 4. Scroll down to view the service.

Melvin Radden, 82, of Chattanooga, passed away Sunday, February 27, 2022, in a local hospital. He was born March 13, 1939, to Verna and Dewey Radden in Brooklyn, New York. He was Educated at Booker T. Washington High School in Chattanooga, Tennessee.... View Obituary & Service Information

The family of Melvin Radden created this Life Tributes page to make it easy to share your memories.

Send flowers to the Radden family.