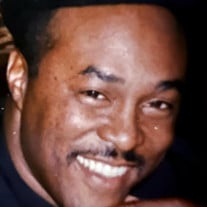 Tony "TOO TUFF" Hale, 65, formerly of Chattanooga, departed this earthly life Wednesday, March 16, 2022. He was born in Chattanooga, Tennessee to the late Tommie Hale, Sr. and Earnestine Sims on May 4, 1956. Tony accepted Christ at an early age and his faith was strong and unwavering until his death. Tony was a stone-cold competitor and never shied away from a challenge. He graduated from Howard High School class of 1974. He excelled in sports and was voted Most Outstanding Athlete his Senior year. Tony was selected to the All-City & Regional in Track & Field and Basketball in 1974. He also played football his senior year. During his high school years, Tony enjoyed working on cars with his father, being a lifeguard, and working at the Korner Market as a stock boy. He also enjoyed hanging out with his best friends in high school, Donnie Garner, and Musa Dan Folio. Tony continued his education and in 1979 received a B.S. degree in Health and Physical Education from Fisk University. In 1982 Tony attended the Chattanooga Police Academy where he received his certification for law enforcement, and MTI where he received a diploma in electromechanical design drafting and engineering, 1991. While at Fisk University, Tony became a 14-Time All American; NCAA III Decathlon Champion 1976, 1977, and 1978, (most wins NCAA III history); received the SAIC Cleve Abbott award a record setting 3 times, Most Outstanding Athlete at Fisk University 1976, 1977, and 1978 4-time decathlon champion of Dogwood and Penn relays; Domino Classic (3); Cardinal and Sunkist Relays. Tony is a World-class decathlete described by his coach, John Martin as the "very best decathlete in the United States on his way to the 1980 Olympics". Although the 1980 games were boycotted, Tony didn't give up on his dream and moved to Tallahassee, Florida after college to start training for the 1984 Olympic games. Tony eventually moved back to Chattanooga after a couple of years in Tallahassee, Florida. While in Chattanooga, he continued his training under the Chattanooga Track Club before heading to Orange County, CA to continue training. Unfortunately, Tony was injured and unable to compete in 1984 Olympic Games. He was inducted into the Chattanooga Sports Hall of Fame February 25, 2008. Tony was an excellent bowler and won many championships. He earned (6) 300 (all strikes) rings and (2) 800 series rings during his career. He also enjoyed league bowling where he met life-long friends. Tony loved golf and competed in long drive competitions he was the Long Drive of America district champ 337 yards and he earned 6 scramble long drive tournaments, 380 yards best in 2007. Tony was employed at UT Chattanooga as a police officer. He was also employed in California at Pacific Bell, UPS, and Statco Engineering. He also worked part-time as a high school track coach at Tustin High School and a blackjack dealer for Casino Parties Unlimited. Tony loved his family and home life. He loved playing chess, watching movies (especially) superhero movies. He liked music, good food, having fun, and he was always the perfect host. Tony especially loved sharing his life with his "soulmate", Ann. Their relationship began the summer of 1973 and ended in his hospital room on Wednesday, March 16, 2022, when his heart stopped beating. Ann was there through it all triumphs, victories, disappointments, joys, and sorrow. Tony was preceded in death by his father and stepmother, Tommie and Emma Joe Hale; two brothers, Matthew Beach and James Hale; and sister, Emma Moore. He leaves to cherish precious memories, a loving wife, Angela (Ann) Martin Hale; his mother, Mrs. Earnestine Sims Terrell; and mother-in-law, Mrs. Geraldine Edna Martin; siblings, Roy Hale, Tommie Hale, Jr., Peggy Branford, Zettie Dean, Shirley (Clarence) Thomas, Eula (Alphonzo) Turner, Mary Ray, Darleen Hale, Arleen (Delroza Hughes, Tonia Hale, Linda Taylor, Jamesetta (Danny) Sexton, Sr., Karen (Carlos) Thompson, and Velma Terrell; two very special loved ones, Toni (T.T.) Hale Douglas, who was affectionately named after her Uncle Tony Hale, and Edna Denise “Niecy” Lansden Martin; in-laws, April (David) Werkema of Tampa, FL, Gail (Alfred "Blue") Griffin, Artonia Martin, Sr., Gerald (Shuntika) Martin, and Glen (Vanessa) Martin, all of Chattanooga, TN; special friends, Lamonte Patrick, Stewart Homer, Roy Coleman, John Collins, James Williams, Darryl Wilson, and Jay Stoeckel, all of California; Willie Bone of Woodstock, GA and Artie Martin of Chattanooga, TN; a host of nieces, nephews, other relatives and friends. Tony was well known for his big smile, hardy laugh, competitive spirit, and love for his family. He touched many lives and left a legacy of success. He will be deeply missed by family and friends. Words of Comfort will be given by Pastor Lurone Jennings and Pastor Melvin Tibbs will be the eulogist.

Tony "TOO TUFF" Hale, 65, formerly of Chattanooga, departed this earthly life Wednesday, March 16, 2022. He was born in Chattanooga, Tennessee to the late Tommie Hale, Sr. and Earnestine Sims on May 4, 1956. Tony accepted Christ at an early... View Obituary & Service Information

The family of Tony Hale created this Life Tributes page to make it easy to share your memories.

Send flowers to the Hale family.