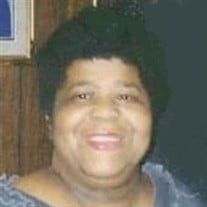 Marsha Ann Mildred DeJurnett Reeves, 76, formerly of Chattanooga, passed away Thursday, July 16, 2020 in a hospital in Hermitage, Tennessee. Marsha was educated in the Chattanooga public school system and later in her life attended the University... View Obituary & Service Information

The family of Marsha Reeves created this Life Tributes page to make it easy to share your memories.

Send flowers to the Reeves family.