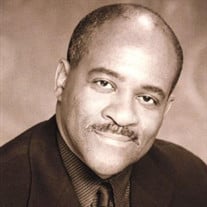 John Y. Odom, Ph.D., formerly of Chattanooga passed away Friday, October 30, 2020 in Milwaukee, Wisconsin. He forged his legacy as a lifetime champion for civil rights and racial equality as he advocated for and mentored countless men and women. Dr. Odom was born September 22, 1948 in Jackson, Mississippi to the union of Reverend Corey Franklin Odom and Rosa Bell (Grant) Odom. He was the second of five sons and an adopted daughter. On August 15, 1970, he married the love of his life Annie Sue (Perkins) Odom after 3 months of courtship. They recently celebrated 50 years of marriage and raised one daughter, Nikki Annette Odom Dibley. Dr. Odom was the President of Odom & Associates. Founded in 1985, it is a firm specializing in Human Resource Development (HRD). Dr. Odom was recognized for his expertise in a variety of HRD topics. The services of Odom & Associates included: speaking, facilitation, executive coaching, public information and research. Dr. Odom earned his Ph.D. in 1978 in Educational Leadership at the University of Wisconsin-Madison, with emphasis on Human Relations. His B.A. was earned at Lane College, a historically Black institution. He served in the following professional roles: teacher of English, Affirmative Action Officer, Director of Human Relations, school principal, academic specialist for UW-Madison and instructor in the graduate schools of Edgewood College and Cardinal Stritch University. He authored the following books: "Saving Black America: An Economic Plan for Civil Rights”; “Vote Every Time”; “No N-r Please: 22 Reasons to Stop Saying the N-Word in Public”; Educational Administration and Human Relations: An Integration”; and countless newspaper and magazine articles. Dr. Odom consulted with a wide range of organizations including: Fortune 500 corporations; financial institutions, especially the three tiers of the credit union movement; federal, state and local governmental agencies; colleges and universities; school systems; trade associations; religious and other non-profit corporations. He was a founder of the following organizations: The Charles Hamilton Houston Institute; the Youth Empowerment Academy; Blessed Hope C.M.E. Church; Mu Eta Lambda (graduate) Chapter of Alpha Phi Alpha Fraternity; UW-Madison’s Achievement Accountability Forum, comprised of citizens and university scholars; and statewide Human Relations conferences for high school students. He was a past president of the Madison Branch of the NAACP. He was a life member of the following organizations: The NAACP, Alpha Phi Alpha Fraternity and the Lane College Alumni Association and the Wisconsin Alumni Association. He served on the boards of the following organizations in his hometown of Madison, Wisconsin: Dane County Big Brothers and Sisters; Community Centers; Urban League; Greater Madison Convention and Visitors' Bureau; Edgewood High School Board of Trustees and Schools of Hope. He also served on the Advisory Board for the National Research Center on Improving Student Achievement in English, and on the Diversity Oversight Committee for the University of Wisconsin-Madison. Dr. Odom appeared in “Who’s Who in African America” and in “Who’s Who in America” in the Marquis, Strathmore, Empire and Global Directory editions. He was the recipient of the following awards: The Martin Luther King Humanitarian of the Year Award, the 2002 James C. Wright Human Rights Award, Dane County Parents’ Council Hall of Fame and the Lane College Alumni Award for Outstanding Achievement, among others. He was named by Madison Magazine as one of Madison, Wisconsin’s Seven Most Influential Citizens. In addition to his duties as President of Odom & Associates, Dr. Odom served as President of the Charles Hamilton Houston Institute, a teaching center to promote economic independence among Black youth. He served as Chairman of the Education Committee for the Wisconsin State NAACP. He was a member of the Midwest Achievement Gap Research Alliance for the Wisconsin Department of Public Instruction and directed the Teacher Recruit, Education and Placement project for the Wisconsin Department of Workforce Development. For relaxation, John enjoyed fishing, writing, singing and acting. He is preceded in death by his father and mother. He will be greatly missed and survived by his loving wife, Annie Odom; daughter, Nikki (Brian) Dibley; grandson, Deacon Dibley; brothers, Corey Franklin, Jr., Luther Lemuel (Bennie), Benjamin Julian, and Judson Lynn (Theresa) Odom; mother-in-law, Annie Perkins; brothers-in-law, Larry (Darlene) Perkins and Mark (Debra) Perkins; and a host of nieces, nephews and friends. Brother Jimmie Ingram will give the words of comfort.

John Y. Odom, Ph.D., formerly of Chattanooga passed away Friday, October 30, 2020 in Milwaukee, Wisconsin. He forged his legacy as a lifetime champion for civil rights and racial equality as he advocated for and mentored countless men and women.... View Obituary & Service Information

The family of Dr. John Yancy Odom created this Life Tributes page to make it easy to share your memories.

Send flowers to the Odom family.