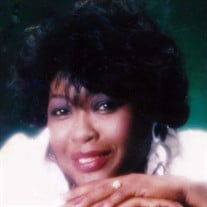 JoAnn Grissom Rhodes-Owens, 73, formerly of Chattanooga, passed away Saturday, April 4, 2020 in a Glendale, Arizona hospital. She was a 1964 graduate of Howard High School. She was employed by the United States Postal Service for 35 years... View Obituary & Service Information

The family of JoAnn Grissom Rhodes-Owens created this Life Tributes page to make it easy to share your memories.

Send flowers to the Rhodes-Owens family.