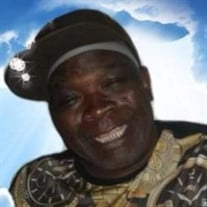 Anthony D. Whitaker, 66, of Chattanooga, passed away Thursday, April 14, 2022, at his residence. He was born December 13, 1955. He attended East 5th Elementary and Riverside Jr High and in 1974 he graduated from Riverside High School. Anthony was an All-Star Baseball and Basketball player. He also played varsity basketball for Lincoln Park. In his youth years he played baseball for the forgotten child fund and he was a child inventor and a child motivator. He attended Midland Tech Junior College and Chattanooga State. He was a lover of music, and played the drums. He was good at doing a thing called the hambone. He could make people dance to it. He was a very good auto mechanic. Anthony was a natural born comedian. He had a special way of bringing laughter out of any situation. He had so many different talents and gifts and he used every one of them. But above all, Anthony loved God. He served his country in the United States Airforce as an aircraft engineer. He retired from Top Flight after over 20 years of dedicated service. He was affectionally known by many as “Milk Dud’ others “Doug”. He loved his children, and his family greatly. Anthony was preceded in death by his parents: Elanora Whitaker and Charles Young Sr.; daughter, Bethur (Bee Bee) Whitaker; brother, Cedric Young; uncles, Jimmy, Dennis, Oscar, Obie, and Gary Whitaker; aunt, Ola Mae Whitaker; special cousin whom he loved like a sister, Stella “BabyDoll” Hymes; and sister-in-law, Angela Young. Those he leaves to cherish his memories and to carry out his legacy is his wife, Belinda Whitaker; three sons, twins, Joshua (Jamie) Whitaker, Jamaal (Michelle) Whitaker, and Antonio Whitaker; sisters, Drucilla (Walter) Davis, Brunella Peterson, Luwana (Bruce) Swann, and Renee (Verdis) Johnson; brother, Charles T. Young; 16 grandchildren: Trinity, Jamiyla, Jamaal Jr., Acyion, London, Joshua Jr, KenZhia, Jaliyah, Joss, Jayden, Joshua III, Angel, Antonio Jr., AJYA, Amayzin, and Maliah; three great-grandchildren; loved like a daughter, Tonia Boyd; best friends: Andra Upshaw, Thad (Pooh-Bear) Davenport, several other fiends, cousins, nieces, nephews, other relatives and friends. Pastor Letechia Ellis is the eulogist.

Anthony D. Whitaker, 66, of Chattanooga, passed away Thursday, April 14, 2022, at his residence. He was born December 13, 1955. He attended East 5th Elementary and Riverside Jr High and in 1974 he graduated from Riverside High School. Anthony... View Obituary & Service Information

The family of Anthony D. Whitaker created this Life Tributes page to make it easy to share your memories.

Send flowers to the Whitaker family.